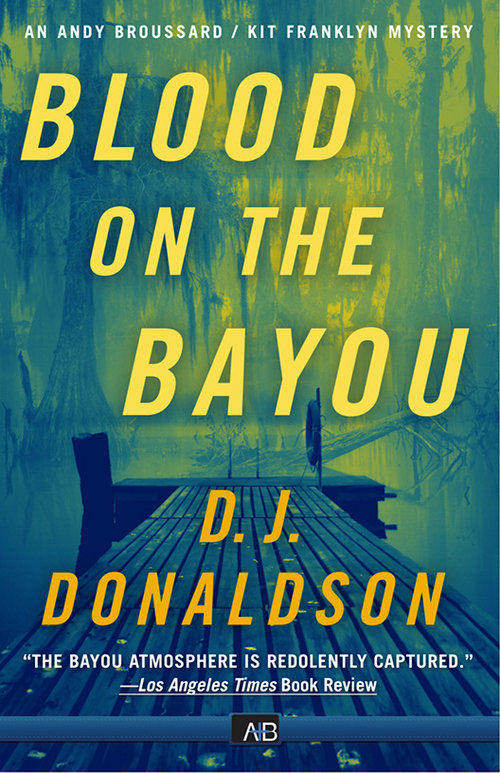 Join our favorite dynamic detective duo, New Orleans chief medical examiner Andy Broussard, and his assistant, criminal psychologist Kit Franklyn, as they investigate a series of violent murders in the French Quarter. Examination of the victims leads to the discovery that each body had been savaged with a gardening fork, and each had a gaping throat wound made by… no… surely Broussard can’t be right about those marks on the throat. No human killer would be capable of that. But a myth could.

A story that will give you nightmares.

This is the second book in my series featuring Andy Broussard and Kit Franklyn, but is the sixth to be reissued by Astor+Blue. And the only reason it’s now available again is because a new generation of readers has given the series a collective thumbs-up. For that, Andy and Kit, and I are extremely grateful. Detective Phil Gatlin, on the other hand, doesn’t see the point.
Thinking back, I can remember distinctly how this book came about. After the first novel with Andy and Kit had been out for a few months, I got a call from my agent, Oscar Collier, who said that my editor at St. Martins wanted more books featuring the same characters. At the time I wrote that first story, I wasn’t even thinking about a series. I was so shocked at the idea, I asked Oscar what I should do? (I know… it’s hard to believe I could have been that dumb.) Oscar said a real writer would give the editor what he wanted. Well, I certainly didn’t create that first book thinking I wanted to be a fake writer. So, within a year, I had a new manuscript that, after a lot of discussions about title, became Blood On The Bayou.
In this one, Broussard confronts a series of killings that bring back memories of a murder he heard about when he was a child. All the evidence points to the same culprit, but that was over fifty years ago. And there had been similar murders in his home town long before that… even before Broussard was born. With Kit’s considerable assistance, Broussard unravels the secret behind an ancient scourge. But his success comes at a great price. Kit, though, acquires something that will become a big asset in her life. (Here’s a hint about that asset: his first name is Teddy.)
-D.J. Donaldson

What the critics say about Blood On The Bayou

“Donaldson combines an insiders knowledge with a real flair for making the reader’s skin crawl.” -BOOKLIST

“It’s hard to beat his combination of cool science and explosive passion in the heart of humid Louisiana.” -THE COMMERCIAL APPEAL (MEMPHIS)