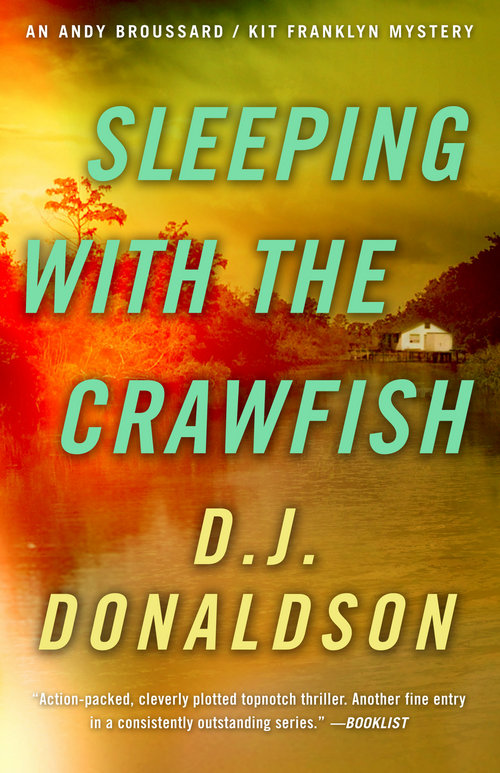 Strange lesions found in the brain of a dead man have forensic pathologist Andy Broussard stumped. Even more baffling are the corpse’s fingerprints. They belong to Ronald Cicero, a lifer at Angola State Prison… an inmate the warden insists is still there. Broussard sends psychologist Kit Franklyn to find out who is locked up in Cicero’s cell. But an astonishing discovery at the jail and an attempt on her life almost has Kit sleeping with the crawfish in a bayou swamp. And Broussard, making a brilliant deduction about another murder, may soon be digging his own grave.

Following up on NEW ORLEANS REQUIEM and LOUISIANA FEVER, This marks the third Andy Broussard, Kit Franklyn mystery reissued by Astor+Blue. And I’m still excited over what they’re doing. According to what I’ve heard from Bubba Oustellette, the little Cajun mechanic who keeps Broussard’s fleet of ’57 T-Birds running, Kit and Andy are just as happy about it as I am.

If you’ve read LOUISIANA FEVER, I’m sure it comes as no surprise when I say that at the start of this story, Kit has lost all confidence in herself because of things that happened to her in that earlier book. She’s so confused and ashamed she’s taken a leave of absence from Broussard’s employ to work as a clerk in the French Quarter. A CLERK… with her ability.

But Broussard has an idea that may coax her back to work. He gives her what seems like a simple assignment, but in Andy and Kit’s world, things have a way of spinning out of control. Things go so wrong, Broussard even ends up in Memphis, where if I’d known he was here, I’d have taken him to dinner. And while he’s here, he… oh-oh…. I’d better stop now and let you read it all for yourself before I spoil things.
-D. J. Donaldson

What the critics say about Sleeping With The Crawfish

“With each book, Donaldson peels away a few more layers of these characters and we find ourselves loving the involvement.” -THE COMMERCIAL APPEAL (MEMPHIS)

“Exciting and… realistic. Donaldson… starts his action early and sustains it until the final pages.” -BENTON COURIER (ARKANSAS)

“The latest outing of a fine series which never disappoints.” -MERITORIOUS MYSTERIES