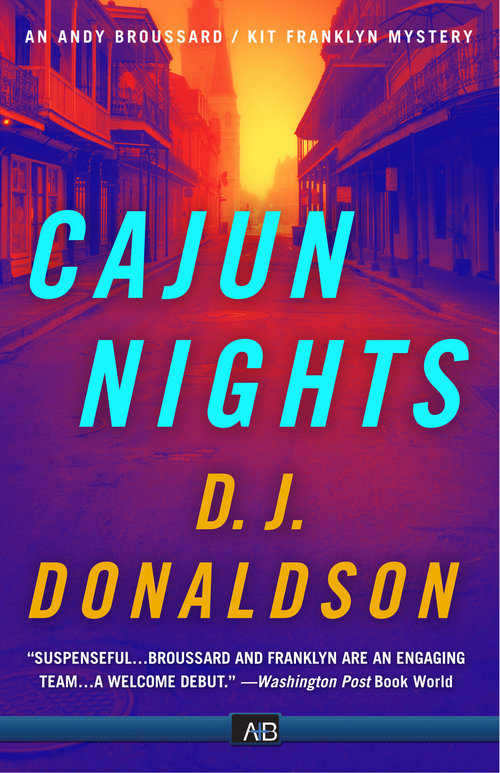 Imagine investigating a case where each of the several victims had type O blood, drove an obsolete car, and hummed a nursery rhyme before committing murder and then suicide. That’s young criminal psychologist Kit Franklyn’s assignment, and the solution seems plainly impossible. Her obese, jovial boss, chief medical examiner Andy Broussard, is just as baffled as she is. Together, they devise strictly scientific possibilities. Not once do they consider that not everything in the world can be weighed and measured.

This was my first published novel, so it occupies a special place in my heart. At the same time, I’m not entirely comfortable with it, almost entirely because of the way it ends. As I’ve indicated in previous introductions, I view myself as merely a reporter of events that really happened to my characters, so I never allow myself to alter events to suit my own tastes. I just tell it like it was. And the way this one went down was really weird… so bizarre that my scientific background made it very hard to accept. But I didn’t really have any choice… accept it or just walk away. Obviously, I chose the former. The result is a book that people either love or hate. So be warned. If you’ve enjoyed previous books in the series, after reading this one, you might say to yourself “What the h… was that?”
-D.J. Donaldson

What the critics say about CAJUN NIGHTS

“A deadly portrait of this steamiest of Southern cities…mighty fine.” -HOUSTON POST

“A novel of creepy suspense…. It won’t be easily put down, through your heart races to dangerous levels… a face-paced thriller that deserves a wide audience.” – COMMERCIAL APPEAL (MEMPHIS)

“Donaldson has relieved the tedium of the murder mystery grind with this engaging tale.” -THE PHOENIX REPUBLIC

“We close this remarkable, intoxicating book like a first-time visitor leaves New Orleans: giddy, a bit disoriented and much less confident in our own assumptions about life.” -BOOKLIST