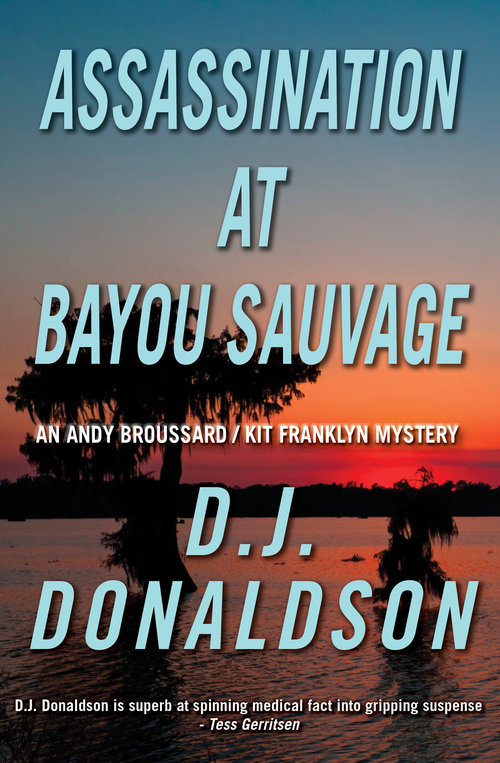 Andy Broussard, the plump and proud medical examiner for the City of New Orleans, is sitting almost in the kill zone of a too-close-for comfort and ‘in living color’ murder of his Uncle Joe Broussard at a family picnic in Bayou Sauvage – the largest urban wetlands park in the USA. Surprisingly, the murderer then immediately commits suicide. After easily determining the killer’s identity from the driver’s license in his pocket, the only remaining task for Broussard and the police is to uncover the motive for such a heinous act. But suddenly, everything about the case takes a bizarre turn.

Caught short handed because of an NOPD work slow-down, and needing someone to find out what happened to a young woman who has just been reported missing, Homicide Detective Phil Gatlin deputizes Broussard’s beautiful death investigator, Dr. Kit Franklyn, and assigns her to that case. Shockingly, Kit’s efforts soon lead back to the murder of Uncle Joe. Sensing a plot of horrendous magnitude, Broussard directs his colleagues and friends in a race to uncover the truth behind the most audacious Andy and Kit mystery of the entire series. D. J. Donaldson’s fans can rejoice once again, knowing that Kit, Andy, Phil, Bubba, Grandma O, and Teddy are back in a terrific new story that pushes their abilities to the limit.

To see a video trailer for the book go to: http://youtube.com/watch?v=fu79PyTewA8&feature=youtu.be